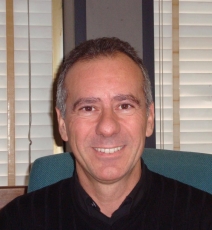 My laboratory is involved in design and synthesis of compounds active against various microbial agents.
We use the most modern synthetic approaches like microwave heating flow chemistry, parallel synthesis,
as well as the classic batch approach to synthesize the designed compounds.
Big expertise in the design and synthesis of compounds active against a number of targets of HIV, HCV, fungi, protozoa and bacteria. Decennial experience in this field led to the discovery of compounds with potent activity against integrase, in particular on the strand transfer step of integration process. The studied started in the last part of 90s, with the discovery of the first group synthetic polyhydroxy aromatic derivatives that inhibited IN activities.  Later, new ADK compounds characterized by a pyrrole and or quinoline ring that were very potent IN inhibitors active in cell-based assays, have been designed and synthesized. Several molecular tools have been designed that contributed to understand the mechanism of action of HIV Integrase. Expertise also in other fields of the medicinal chemistry: antifungal and antiprotozoal agents, compounds active against HCV polymerase, anti-TBC, as well as chemotherapeutic agents useful against liquid and solid tumors.

Several  interaction with Companies, to develop antimalarial agents, ligands of 5-HT receptors, and compounds active against the aggregation of beta-amyloid fibrils: