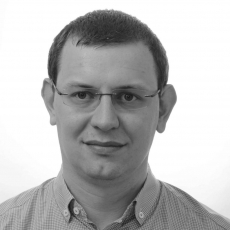 Dr. Clemens Zwergel is currently an Assistant Professor (RTD-A) at the Sapienza University of Rome. In the last years he proved to be a true European citizen: he moved after his license to practise as Pharmacist from his country of origin (Germany) to Exter (UK) for a Diploma in Pharmaceutical Sciences. Before moving to Italy, he was then a MarieCurie fellow in France (Metz) where he obtained his EuroPhD within the RedCat network. Since 2010, his main research interest lies mainly in the design and synthesis of analogues of natural compounds as well as modulators of epigenetic enzymes with potential applications in cancer, neurodegenerative, metabolic, and infectious diseases resulting in more than 50 publications (https://www.scopus.com/authid/detail.uri?authorId=37017859900). Communication and divulging science are very important aspects for a researcher, thus I would like to increase the visibility of Medicinal Chemistry and the EFMC to the scientific community as well as the general public as well as strengthen the European collaborations together with the other team members.