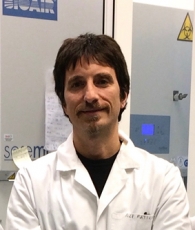 Recent studies have uncovered an important role for RNA modifications in gene expression regulation, which led to the birth of the epitranscriptomics field. It is now acknowledged that RNA modifiers play a crucial role in the control of differentiation of stem and progenitor cells and that changes in their levels are a relevant feature of different types of cancer. One of most studied RNA modifications with a well-define role in gene expression regulation is the N6-methyladenosine (m6A), which is the more abundant internal modification in mRNA, regulating the expression of the latter at different levels, from maturation to translation. Our lab is involved in understanding the cellular processes it regulates, its mechanism of action and its involvement in leukemia.  In particular, our aim is to identify a) the RNA targets (coding and non-coding) of this modification with a potential role in leukemia; and b) specific regulatory proteins of the METTL3 complex in leukemia cells.