The early work of Botta group was devoted to the structural elucidation and synthesis of biological active molecules derived from plant in vivo. Since 1984, his group have been working in the field of in vitro plant tissue cultures. The general aim of the investigation was directed toward the understanding of biosynthetic pathways of the isolated metabolites and the isolation of the responsible enzymes. During this research, new plant enzymes (e.g. peroxidases) have been isolated, purified, and characterized by chemical and kinetic studies. In particular, the interest of the group focused on the synthetic steps of a central precursor of benzylisoquinoline alkaloids, the norcoclaurine, which was obtained from cloned enzyme derived from plant.

In the last twenty years, Botta group dedicated his attention also on the synthesis of artificial enzyme-mimicking macrocycles, belonging to the family of resorc[4]arenes. These molecules have been used in early steps for host-guest studies with transition metals. Recently the enantiodiscrimination of chiral resorc[4]arenes towards amino acids, neurotransmitters and other biologically active compounds was demonstrated both in solution and in the gas phase. Resorc[4]arenes in different conformations and with different side-chains showed also interactions with NO+ studied with kinetic and spectral UV-visible analysis. 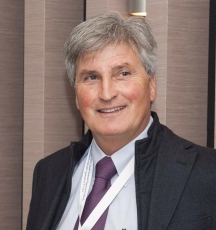